This won’t be a long as it covers a simple, yet often abused, principle of good business.

You know how investment advisors and financial planners tell their clients and customers to diversify in order to protect against financial disaster striking any one asset?

Or, how the ancient Greeks split up their merchandise that was being transported to ships?  They knew, if a ship sunk, this would prevent an entire quantity of a commodity going down.

How does this apply to you?

Your marketing and prospecting are your investments in your business.

If you only do one or two things, and something changes or goes wrong…you’ll be a dead person!

Firstly, you'll never achieve those income heights you’re capable of.  Secondly, it makes poor planning to count on one or two things to consistently work.  Life isn’t that smooth.  I wish it were, but it ain’t! 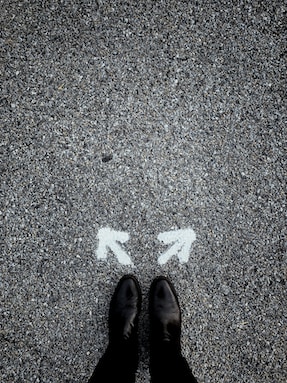 Dan Kennedy asks this question and makes this analogy, which is brilliant:

“What if you had only one door to get into your business, and they chopped up the road, blocking the entrance to your “store”? How would people “get to you” to do business with you?

But, if you had ten or fifteen doors and they blocked a few off, people would at least get to you through those other doors!”

Most people in business do a couple of marketing concepts and expect to build a solid foundation.

A very important exercise is to study where you get your customers from as a percentage of the total market.  If you have more than 25% from one source, then you are not diversified.

Ideally, you would want to have no one source to be above 5% of the total.  For example:

Sales Rep A has received 18 new customers for the year, broken down as follows:

There are two conclusions that can be draw from this analysis:

This is apparent from the lack of both numbers and types of activities to generate clients/customers.

Okay, you are going to hate me for saying this, but never put all your marketing eggs in one basket!

One of the most common things we see is a direct correlation between how many marketing secrets a business professional uses, and how much money they stick in the bank! The more secrets they use, the higher their income!

For example, one client we worked with said he was grossing about $100,000 before he met us.  Yet, he was really broke because of some personal problems, so he couldn’t afford to do a lot initially.  He started with one little strategy and got a response or two; gradually, he reinvested his profits into adding a new secret every month or two.

How does he do it? He simply added more and more secrets and delegated any of the work that he didn’t need to do himself! But he started small. He was only spending a few hundred dollars per month to get going.

The key is to make a commitment to add more secrets, when and if you can afford to, and/or you have to set up help to do the grunt work! While it’s impossible to identify all the different ways business professionals can get involved as “consultants” in their respective fields, it’s not impossible to use creative thinking to find what wor

The choice is yours. Anyone can do this. If you’re broke, it’ll just take a little longer.

Want to learn how you can create more curiosity in your content?  Book a 15 min Complimentary Call to find out how Your Marketing Machines can help you!