Marketing Secret #64 How To Use Telemarketing

One of the most nauseating and sickening things for business professionals to think about is using the telephone for marketing.

Most of us have been taught the horrible techniques of cold marketing and saying, “I was wondering if you might be interested in a great, new…on the latest model…? “Or other similar incredibly awful technique.

The rejection, pain, embarrassment and nausea is more than most people can bear. And rightfully so!

Now, does this mean that the telephone itself is bad…or does it mean the methods you’ve been taught to use the telephone for are bad? I prefer to say it’s the latter.

There are certain situations where you can use the telephone to make it very easy to help you get business. Particularly with people who like to get information and make their decisions independently. 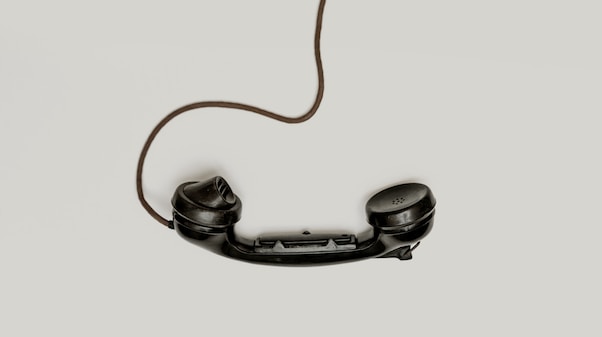 First, let’s discuss a general technique of telemarketing that’s very simple, one which we’ve had great success with over the years…and one that has no rejection or pain involved!!!

Basically, it’s just calling people up and offering a free report. That’s about the simplest type of telemarketing you can do.

Now,  if you want to farm a particular area, you can have somebody call up and say something like the following:

“Hi, Mr Prospect. This is Carl from Beautiful Home Contractors. I was wondering if you would be interested in receiving a free report that reveals the eight secrets to getting the highest quality building materials available, for the least amount of money. This report reveals information that most contractors won’t tell you, and it will help you achieve the best results possible on home improvement projects by helping you avoid buying the wrong equipment or supplies. Now, it doesn’t matter at all if you want to work with a professional contractor or do your own work. Would you be interested in receiving this report?

That’s it! That’s your whole script!

If he says he’s not interested, you just say “Goodbye and have a nice night,” or “Thanks”. If he says he is interested, then you send him the free report and begin your follow up sequence.

Very simple, very non-threatening, and there’s absolutely no reason not to do it, because people aren’t going to be rejecting you; they are either going to say “yes” or “no” to the report.

This is a simple and cheap way to build up a farm…and to start a follow-up process on prospects who are interested. The ones who aren’t interested, of course, you don’t mail to.

That way, you’ll only be mailing to people who have at least expressed an interest.

Calling people up and telling them they’re idiots if they say they don’t want whatever you sell is not the best way to win friends and influence people…and it’s guaranteed to produce nothing but rejection and embarrassment.

However, it’s a lot different when you call an individual up and simply offer a FREE report.

If you want to be a good telemarketing person, you call people up and simply offer a FREE report that reveals how to do whatever it is you do, using a simple, but little known secret, or whatever headline or title you choose.

Then, you go over and deliver the report in person or put it in the mailbox or front door, or to mail it. Or, you can deliver an audio tape as discussed in Secret #73.

Because you don’t know what situation people are in when you called, you want the report delivered right away. Some prospects are in a crisis or working on a short time line and want to start things rolling right now. To stay on top, we have one member who has a high school kid drop off the reports every day before school!

We’ve had business people all over the country use this incredibly simple technique successfully  to get prospects in to discuss all kinds of products and services; but, they never would have been able to get through to them using traditional marketing techniques.

The technique works so well because it’s non-threatening. It doesn’t ask people to meet you or even consider using your services. It’s simply a phone call and an offer for a free report. It’s very subtle, but it gets you in people’s faces – in a nice way!

All you’re offering is a report. If people choose not to accept, then blow them off and move on to the next one.

It’s impossible to get upset or hurt with this simple type of telemarketing.

See, again, this is a technique that professionals generally won’t use because they are so petrified of the telephone because of the way we have all been taught.

Calling and offering people free reports, and then either mailing them if it’s not an emergency or delivering it to them in person if it is an emergency, is one of the quickest, fastest marketing techniques we can teach you.

It costs virtually nothing. In fact, it should cost absolutely nothing, except the price of photocopying the report. And, if you deliver it in person, the only expense you have is the petrol to drive it over to people’s houses.

Don’t be afraid of the telephone. The telephone can be your friend if you use it in a non-threatening, non-sales way.

Just learn to “unlearn” all the brainwashing you’ve had over the years about cold marketing and what it really means.

This is “warm marketing” at its simplest and finest, and nobody should be afraid to do it, because even if people say no, they are not saying no to you; they are only saying no to the report.

And very, very few people ever get angry or upset from being offered a free report.

Basically, it comes down to only certain hours and days you can call people, and if they say they don’t want to be called any more, you have to make sure you put them on your “do not call list”. In most cases, that covers the legal issues. However, as with anything else, you should definitely check with a lawyer before you get involved in telemarketing since it has become a more highly regulated area.

But if you follow these simple guidelines, you shouldn’t have any problem, and I’m sure your lawyer will be able to show you the way to set yourself up so you will avoid any legal problems.

Don’t ignore the medium because of the bad message you’ve been taught to deliver. Use the correct message, and you’ll find this to be an incredibly fast way to make quick money!

If you need help getting started in telemarketing or creating a free report, reach out to us at
admin@yourmarketingmachines.com.au or book a 15 minute no-obligation chat.