Now that we’ve established that the emotional, editorial-style of advertising has been proven far superior than regular, “professional” advertising, we now have to look at how you measure the success or lack of success of doing emotional marketing.

See, one of the things that’s kind of hard for people to get use to is the fact that they get any return on their advertising dollars at all.

But now you’ll see as you start testing advertising and marketing done the emotional response way (we’ll talk more about this in another Secret), you’ll have to decide whether advertising and marketing campaigns you start and test are working well enough to continue, or whether they’re not working well enough to continue… and, therefore, need to be scrapped. 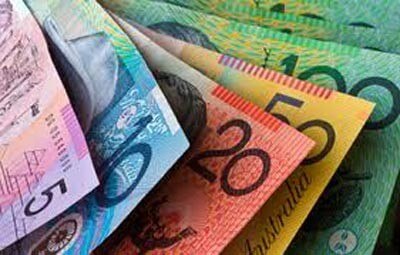 I would be the first to tell you that image marketing can and does work in very limited circumstances.  Those circumstances are strictly in situations where someone has so much money and so much time that they can afford to build name recognition that eventually leads to a large and successful business.

For example, we all know McDonalds and Coca Cola, the Kardashians, and we know that they have been planted squarely in our brains.  Keep in mind, though, these companies (yes the Kardashians are a company) have spent millions of dollars every year to get the kind of recognition they have.

In many businesses, while some large companies do have name recognition, there isn’t always a so-called “taste” as there is with Coke or McDonalds.  See, people, go to buy those products, and eat or drink them because they like the way they taste.  They don’t go just because they recognise the name!

Now keep in mind a very, very important difference between these types of products and many other kinds of services.  In services, nobody knows what you taste like, or whether one office of, say “ABC Financial Services” is better than “Smart Financial Planners”!

Why?  Because many services are highly personal.  They require making personal connections, “name recognition” won’t help you a bit if your advertising isn’t seen by anybody because it is boring and uninteresting.

Now, back to the issue of cumulative effect and measuring the success of your marketing.  Experience has told me over the years, that when you want to do any direct marketing project, it either works well right away, or it doesn’t.  Occasionally, you have a mediocre result that can be tweaked and improved.  Normally, though, you know instantly whether your advertising and marketing is working.

Let me give you an example.

Let’s say you were in sales and you decided to run an ad in your local paper for $40.  After two days, you receive eight leads who leave their name and number.  Now using a yardstick of $10/Lead as the maximum acceptable cost for any type of advertising campaign, you can get an idea of whether your promotion is in the ballpark or not.

Now, with this $40 ad divided into eight leads, you’re paying $5 a lead.  Which is certainly an acceptable cost per lead! (Especially if you are used to getting no leads).  This sort of cost-per-lead range will end up being very productive and successful for you as you move through the testing and increase the frequency and size of your ads.

But, if you ran the same $40 ad and only got two responses, you’re at $20 a lead.  That tells you that the ad probably either

A) has the wrong deadline,

B) is in the wrong place in the paper,

C) is in the wrong publication altogether, or

D) is in the wrong time of the week or month,

or any combination of the above variables.

This would work the same way if you were in the retail business.  Instead of getting leads, you would get customers.  Wouldn’t it be better to get 8 potential customers to respond to you rather than 2 potential customers.  The ad cost is the same no matter what your response is, however the bottom line on your business makes it a huge difference.

To be honest with you, even though you can take educated guesses and get pretty good at figuring things out over time, as you get more experienced in response marketing, you still never know exactly why a particular campaign does or doesn’t work.  All you know is either A) it does, or B) it doesn’t.

Now, when we talk about running ads and measuring success, there is one thing I want to point out.  If you run an ad once and it doesn’t work, normally we would suggest that you change one of the variables or the variable that you guess is the most likely culprit as the reason why it didn’t work.  (Sometimes you’ll never figure it out, but always make an educated guess.)

Let’s say you change the headline in what you think is a good paper and a good section on a good day.  Let’s say you tried one paper and now switch it to another paper.  If you do the second test, and the ad still doesn’t work, normally at that point you can scrap the campaign and move on to another theme, or another headline approach, or whatever.

See, there is no cumulative effect that is measurable and useful when it comes to direct response marketing.  In fact, just the opposite.  Normally, if you ran, let’s say a $40 ad and got 50 responses (which does happen sometimes), and you run it again and get another 50 responses… over a period of time, instead of your results going up, they will tend to go down to the point where the ad is not working, and you have to either switch to something else or, at least, give it a rest.

An interesting thing that happens a lot is that we get calls from people who say, “Yeah, I ran an ad for $75, and I got 15 responses.  That sucks! It’s nothing like you said about people getting, 30, 40, or 50 responses from their advertising”.  What’s interesting about this is that when we ask people, “Well, in your prior attempts at advertising, if you spent $75 on an ad, how many responses did you get?” they might answer, “Oh, three or four responses over the course of the year.”

Running the ad 10 or 15 times and only getting three or four responses total!  Now they’re complaining that they ran a $75 ad and got 15 responses on their first attempt.  It’s kind of like asking, “Is the glass ½ full or ½ empty?”  Look at it this way:

If you are getting responses that are under $10 a response, even below $5 a response, then you have a winning campaign!  If your initial tests results in numbers that are too high in costs-per-lead, then just scrap the ad and start something else.  Don’t ever get talked into multiple runs beyond one or two by any newspaper or advertising sales people!  They will give you the “cumulative effect” story.  Don’t be mislead.  Give it your test.  If it works, expand it; if it doesn’t, kill it!

Remember that the point of all this is that you will be building up people who will be responding to you who are interested.  The only people you will be following up with and talking to are responses who have expressed an interest … and who responded to you first!

Now, let’s say you only got 15 responses for each time you ran an ad.  And let’s say you only picked up one client/customer/patient out of each 15 people who responded.  Let’s say you ran the ad once a week and it cost you $75.  So now you have spent $300 in the course of a month and get four new clients/customers/patients.  If each sale is worth $3k to you, that’s $12,000 a month in revenue for a $300 advertising expense.  These kinds of results are very common, and a 1 out of 15 conversion ratio would be low for a lot of our members.  But, let’s say that that’s all you did.  Then, if that was the case, getting one sale a week, you would be averaging over 50 clients/customers/patients a year, and you would be way into a six-figure income.

It doesn’t take a lot of responses to make this work.  It just takes the right kind of advertising based upon the right knowledge and attitude about direct response marketing.  But, there’s still another tip: You must keep track of your results!!!

You can’t tell if a campaign is working, is mediocre, or poor and needs to be scrapped, unless you keep track of your numbers.

Direct response marketing always requires a lot of testing.  And you may not always get success.  In fact, my experience over the years says that maybe a little better than half of the things I’ve tested worked well.  However that means that the other half haven’t worked well.  Track your results at all times!